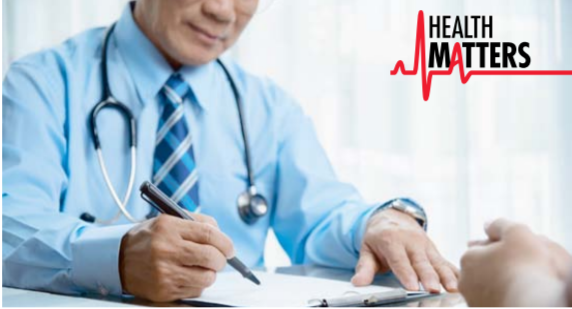 This article was first published in the 14 December edition of the Brimbank & Northwest Weekly.

For many people, the main frustration involved in making an appointment to see a GP is finding a slot that fits in around all the other commitments in a busy life.

It’s easy to forget that for some people accessing our primary healthcare system isn’t as simple.

Last year we looked at after-hours medical care in our region and realised that there was something unusual going on.

We discovered that in the evenings and on weekends there was quite a lot of people presenting at hospital emergency departments, seeking treatment for ailments and minor injuries that could be more appropriately dealt with by GPs.

Now, there will always be people who, understandably enough, become anxious when they feel unwell and so head directly to hospital. This phenomenon, though, did not account for the sheer number of people turning up at emergency departments, at odd times, for comparatively minor matters.

Then, looking more closely and consulting with hospital staff, we found that many of these patients shared a particular characteristic – English was not their first language.

In response, we asked the Ethnic Communities’ Council of Victoria (ECCV) to look into the matter and funded them to prepare a report.

After many months of work, that report was published last week.

The ECCV researchers discovered that many people from culturally and linguistically diverse backgrounds were unable to find general practitioners fluent in their own language. Translated written material was also in very short supply.

Finding interpreters – especially in less commonly spoken languages – was also tricky. Even when they could be found, they were often not available at the time of the booked appointments, especially after-hours – and sometimes weren’t able to accurately translate medical terms.

These issues often led to people not being able to get their heads around the primary healthcare system. Some therefore chose to avoid it because it seemed confusing, and some concluded (wrongly but understandably) that they were not eligible to access it. Others had arrived in Australia from countries with health systems that did not have an equivalent sector.

No wonder so many were opting to visit always-open emergency departments rather than hunt around for a GP with the appropriate language and cultural skills!

As a result of this research, we are continuing to work with the ECCV and other bodies to try to improve how general practices greet, treat and support people for whom English is not a first language.

We’ve also taken a lead in translating health messages into various languages and are always advocating for other health and medical bodies to follow suit.

There are scores of languages spoken in Melbourne, especially in the northern and western regions. Our dream is for everyone to be able to easily find and access a doctor who can speak directly to them, and to provide them with the care and assistance that those of us fluent in English all too often take for granted.

It won’t be simple and it won’t be fast, but I think it will happen. Because this is Melbourne – and Melbourne cares.