Melville Medical Group in Pascoe Vale was one of five general practices that participated in the project. The practice used the REFRAME Program as part of Pen CS CAT4 and identified more than 421 patients over the age of 70 years who are at risk of osteoporosis. The REFRAME data report uses filters and clinical information to select the following patients of interest:

The practice then investigated local service providers that can perform DEXA scans. They found MeasureUp, which provides a free mobile van onsite for DEXA scanning and bulk billing for patients over 70 years.

Karlene Jeffery is both the practice manager and a nurse at the practice. We asked Karlene about the osteoporosis intervention that their practice has completed as part of the project:

“We chose to look at osteoporosis as we have a regular older patient group and looking at the data showed many were either under screened or not screened at all.

“We recalled patients with a letter as our older demographic group of patients respond well to mail outs. We found they were more engaged when they attended specifically for the issue of bone density rather than an add on to the normal consult. We also found that patients were more likely to agree to have the test done if done onsite rather than a radiology facility.”

The practice identified 421 patients at risk and conducted 170 DEXA scans. This equates to a 40.6 per cent uptake of patients screened, which is almost double the MeasureUp average patient uptake per practice of 20–25 per cent. Of the patients screened, 68.2 per cent were found to have a confirmed diagnosis of either osteopenia (79) or osteoporosis (37).

Ms Jeffery said that her team learned how to approach osteoporosis in a systematic way:

“We have now set up regular recalls and have added a screening question to 75+ health assessment template. We also have a regular booking with Measure up to enable easy access for patients and to help to catch those people who turn 70.”

“Overall, we feel the project went well and feedback from patients has been positive. We believe it was successful because we planned, upskilled, and put in extra resources, including extra practice manager, doctor and nurse hours all before we commenced. We would consider a slightly different time of year as we found many people were away. We are still getting people attending now.” 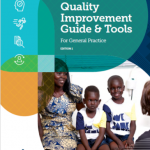