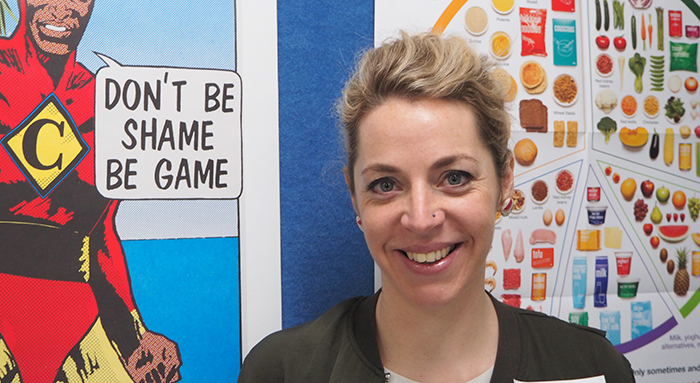 Local GPs and nurses are going back to school to help improve student and community health.

It would be fair to say that school health services haven’t always represented the cutting edge of medicine. Anything more complicated than a headache would see students heading to their local GP rather than the ‘sick bay’.

And while schools have responded to changing community needs by offering a much wider range of support services than in the past, health services haven’t always developed at the same rate.

The Doctors in Secondary Schools (DISS) program aims to change that. Funded by the Victorian Government and being implemented in 100 secondary schools across Victoria with the help of local Primary Health Networks, the program sees a GP located directly on school grounds one day per week.

Students can make appointments to see the GP just as they would outside of school, but without having to take extra time out of class or work around their parent’s schedules to do so. ‘Drop in’ times are also often available, letting students come to the GP as needed. All appointments are bulk-billed and practice nurses are also being recruited as part of the program to support the GPs and students.

One of the first schools to join the program in North Western Melbourne PHN’s region was Mount Alexander College (MAC). Dr Erin Gordon (pictured above) has only been at MAC for just over a month, but says the whole school community has welcomed her and the program.

“It’s a pretty amazing opportunity and I think we are really privileged to be able to be a part of the school community,” Dr Gordon said. “It’s an incredibly supportive school and I know with Mount Alexander College that they’ve been waiting for a long time for us to start so they were quite prepared for us to begin.”

Dr Gordon provides GP services to students for four hours each Tuesday morning, supported by Practice Nurse Amelia Tauoqooqo (pictured below) who is at the school for the whole day. She practices out of a fully refurbished and equipped treatment room, complete with sound-proofing and a comfortable waiting room for students. 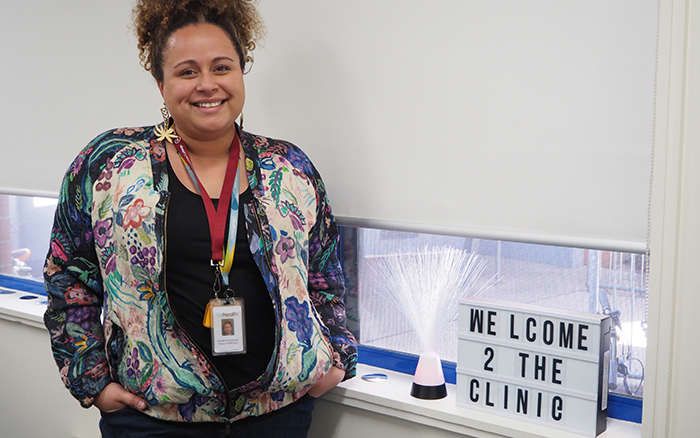 The DISS program funding guarantees pay for the GPs involved whether they are seeing students or not, but there hasn’t been any problem filling the appointment book at MAC.

“We’ve probably been seeing around 12-14 young people each session, and that’s just in the four hours that I’m here and then Amelia sees other young people during the time that she’s here,” Dr Gordon said.

MAC Student Wellbeing Coordinator Carmel Nielsen agrees that students have really embraced having a GP on site, so much so that they would have her on campus two days a week if they could.

“The students have been very open to it. Erin’s schedule’s been full for the last three weeks, so it’s been a very good response,” Ms Nielsen said.

“We have a very diverse community, so we may have young people where it’s not very common that they go to a GP if they are feeling unwell, so this is a really great opportunity for them.”

Students have used the services for a wide range of issues, with mental health being a key concern and alcohol and other drugs and sexual health queries also being common.

While students have clearly welcomed the chance to visit the GP independently, there were some concerns raised initially about the role of parents in giving consent, particularly around sexual health and contraception.

These concerns have so far not been borne out at MAC, with even parents from traditionally conservative communities being open to their children seeking their own care.

Dr Gordon said she was aware of the controversy around consent but said the rules are no different at the school than they are at her community practice, with a doctor able to decide whether a patient is mature enough to consent to any particular treatment.

“I suppose the key is open communication,” she said. “So far if there’s been a young person that legally is not a mature minor, then I’ve spoken with the young person and have not had any issue with getting consent from them to involve the parents.”

Encouraging students to take the lead in managing their own health is indeed one of the main benefits of having the program for the school community, according to Ms Nielsen.

“It’s that access, that convenience to have someone on site and the opportunity for young people to be independent and take ownership of things that are going on in their life,” she said.

“I think it’s a fantastic addition to what we already do, and we are hoping it can fast-track a few things for us – like mental health plans or referrals to allied health professionals.

“I know Erin will also be giving some talks for our students later this year, covering healthy relationships and sexual education so it’s a great advantage to have someone on site here who can do that sort of thing.”

Many more schools will soon join the DISS program, each with their own opportunities and challenges for their new GPs. But while it is still early days at MAC, the program’s success so far in a school with such diverse needs is a promising sign for its expansion.

“It’s a completely new working relationship for both the GPs and the schools so we’ve been very aware of the potential for issues to arise,” NWMPHN CEO Adj/Associate Professor Christopher Carter said. “But at this stage the program seems to be filling a clear need for better health services in schools, and is being strongly supported by the whole school community.”

For more information about the program, available positions and participating schools, please contact Tamra Hoare on 03 9347 1188 or diss@nwmphn.org.au