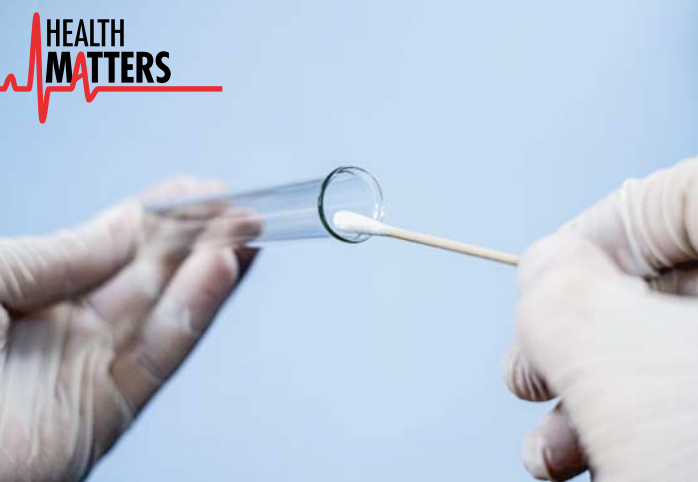 This article was first published in Star Weekly Brimbank & North West on 12 July 2022.

For once, we have some good news.

The pandemic hasn’t just put people at risk because of COVID-19. It has upped the danger for a wide range of other diseases.

This is mainly because – and understandably enough – lots and lots of people over the past couple of years have opted to delay regular screenings for things such as cholesterol, diabetes and various cancers.

One of these screenable conditions is cervical cancer, which is caused by a virus called human papilloma virus, or HPV.

It is strongly recommended that every woman and person with a cervix under the age of 75 has an HPV screening every five years. For many people, however, the test itself, while very safe, can feel a bit unpleasant. For a whole range of reasons – physical, emotional and cultural – lots of people chose to avoid it, even before the pandemic provided an additional excuse to put it off.

As a result, the level of HPV testing at the moment is less than 50 per cent. That’s very concerning. If detected early, cervical cancer can in most cases be successfully treated and cured. The situation becomes more challenging the later the cancer is discovered – and more than 70 per cent of cervical cancer cases in Australia are in people who have either never been tested, or who stopped testing.

This is where the good news comes in. The Australian government has recently changed the regulations for its National Cervical Cancers Screen Program, allowing people for the first time to conduct their own rest rather than having a doctor do it.

It’s called self-collection and it can be done with a swab.

The test still needs to be done at a doctor’s surgery or other health setting, but there is no need for the doctor or nurse to observe. Indeed, they have to provide you with a private area – behind a screen, for instance, or in a bathroom – for you to do it in.

Of course, if you’re not quite sure how to do the self-test your health professional will happily explain it all to you – and is there to provide help if you ask for it.

Once the swab is complete the doctor or nurse will take possession of it, check it is correctly labelled and send if off to the lab.

If HPV is detected, you’ll be notified and treatment can begin.

Some people, of course, might prefer to stick with the ‘old’ screening method, and that’s perfectly fine. There is evidence, however, that lots of people if offered the self-collection method will be more than twice as likely to get tested.

And that’s all good news – and a great reason to finally book that test you’ve been putting off.