Linking GPs with paediatricians keeps kids out of hospital 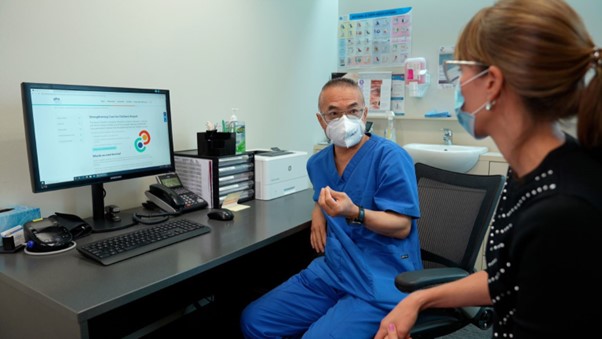 Integrating paediatricians into GP consultations improves care for children and keeps them out of hospital, a pilot study shows.

Now an Australian multi-agency collaboration aims to test the idea on a larger scale, with the protocols governing interactions between family doctors and specialists spelled out in two papers published today in the British medical journal, BMJ Open.

The results were encouraging, prompting the National Health and Medical Research Council to fund a much larger randomised trial. Partners for this trial project include the RCH, Sydney Children’s Hospital Network, NWMPHN, Central and and Eastern Sydney Primary Health Network (CESPHN), the Murdoch Children’s, University of NSW, University of Melbourne, Macquarie University and the University of Michigan.

“In the last 20 years, Australia’s population of children aged up to 17 has grown rapidly,” said senior author of the first paper, Professor Harriet Hiscock of RCH and the Murdoch Children’s.

“Yet, crucially, children represent a decreasing proportion of GP appointments, but make up the largest share of low urgency emergency department presentations, easily outnumbering adults of all ages.”

Research in Australia and the UK revealed that many GPs felt they were inadequately trained for dealing with childhood conditions, while others noted sometimes patchy communication between hospitals and primary care providers concerning children after discharge from emergency departments or wards.

Issues of concern covered chronic conditions such as asthma and acute illnesses such as tonsilitis, as well as mental health and physical injury.

“If effective and widely available, SC4C will improve access to care, reduce costs to the health care system and society, and ensure children receive the right care at the right time, and in the right place.

“The results could help other countries experiencing a similar problem.”

The SC4C team‘s second paper, describing the pragmatic methods that will be used to capture implementation evaluation process and outcome data within this trial, has been published alongside the first.

“The SC4C model has GPs consulting regularly with visiting paediatricians inside the general practice clinic, with telephone and email support provided in between visits,” explained senior author Professor Raghu Lingam from UNSW.

“The model allows GPs to benefit from the paediatricians’ expert insights, refining the treatment of many conditions in line with lessons learned in hospitals. This sort of GP-specialist integration is quite widely used in other areas of primary care, but its use in treating children is still novel.”

Based on the pilot study, the researchers predict at least a 4 per cent drop in GP paediatric referrals to emergency departments and hospital outpatient clinics. If SC4C is eventually rolled out across Australia, this will equate to tens of thousands fewer children entering hospital every year.

“The pilot study also found that SC4C significantly boosts the confidence of GPs to treat children, and also increases the confidence of parents that their local doctor is able to look after their kids,” said co-author Stephanie Germano of NWMPHN.

“And this was very good, because there’s plenty of research that shows parents would much rather have their kids treated in their own community rather than going to hospital.”

The SC4C model, the researchers hope, will solve major problems with health care in Australia – and overseas.

For more information and interviews:

3:19 This video is free to use. Please credit NWMPHN