A program providing mental health care for residents of aged care facilities is to be expanded following a successful pilot at three sites in the North Western Melbourne Primary Health Network region.

During the pilot, residents at three residential aged care facilities (RACFs) were given free access to low to medium intensity mental health services, delivered by a mental health professional on-site at the home.

Jacqueline Beresford, Registered Nurse at pilot site Dorothy Impey Home, said the program had been invaluable for the residents, many of whom have mobility issues and are unable to get to appointments. 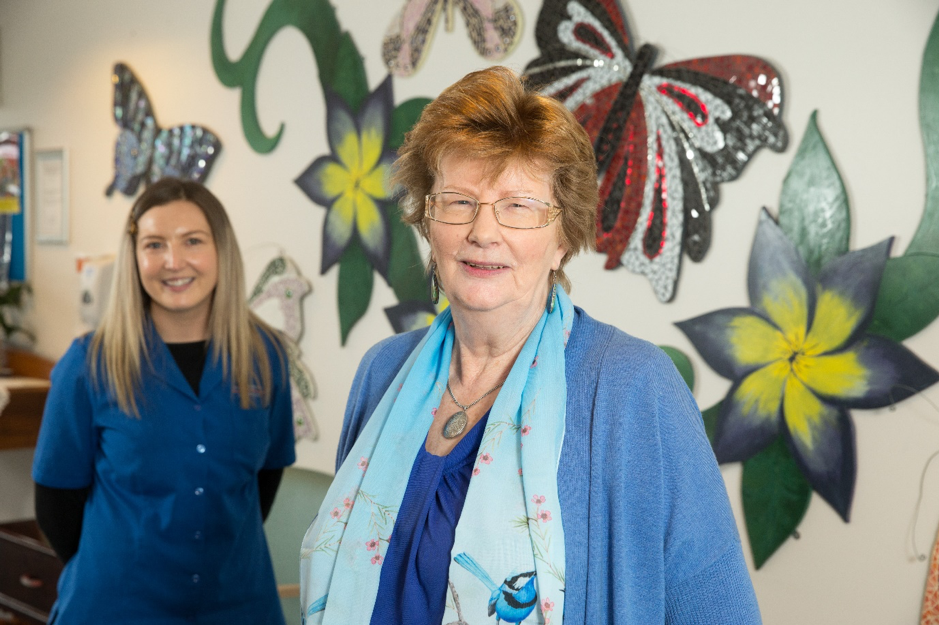 “So having someone that is able to come and visit them in their own home, it’s really good,” Ms Beresford said.

The program has also allowed many residents to talk about emotional issues that might otherwise have been left unresolved, including feelings of grief and loss.

“Their generation, they’re not as open to speaking about their problems. So it’s great to have someone from the outside coming in to see them.”

Mental health for older adults is becoming an increasingly important issue in our region, as the number of people over 65 is set to nearly double by 2031. It is estimated that 10% of older adults are experiencing psychological distress, while nearly 40% of all permanent aged care residents are estimated to be living with mild to moderate depression.

Despite the prevalence of mental health issues, people living in RACFs usually have limited access to psychological services unless they are able to pay for private services.

RACFs are not funded to provide mental health services and residents are not eligible for MBS funded Mental Health Treatment Plans.

Dorothy Impey Home CEO Heather Gray said this means many people in aged care are missing out on services they need, especially in helping them make the transition from living at home to living in care.

“There’s a very big gap, because you’ve got people that are coming in that are hurt,” Ms Gray said. “I can remember the last person that really wanted to be here. For others, it’s usually a push by social workers or family.”

“We find that with Franca (the mental health professional), it’s more positive, because she has more training,” Ms Gray said. “The counsellor sits and talks to them, but with Franca she goes that bit deeper and we’re finding that just so helpful.”

Following the success of the pilot, NWMPHN is now looking to expand the program to RACFs across the region, supporting better access to care for thousands of RACF residents. Further information on the program and how organisations can get involved will be released during an upcoming tender process.

Subscribe to our Network News for all the latest information about this tender and other opportunities.