A new program in Melbourne’s west is looking beyond health to keep people well.

Emily* had always been capable, active and independent, even as she reached 80 years old. But when her husband died, she started to withdraw, slowly cutting herself off from her community.

Victoria* loved losing herself in a good book. But as the years went on and her arthritis got worse, she started to become truly lost, stuck in her house most of the day with only her books for company.

Robert* was confident and outgoing, but had become increasingly isolated, unable to connect with people who shared his interests and experiences. He spent most of his days at his local shopping centre, having coffee with a group of older men. He wanted to meet new people and experience new things, but he didn’t know where to start.

There is nothing particularly remarkable about the stories of Emily, Victoria and Robert. Their quiet struggles to maintain meaning and connections in their lives would resonate with millions of Australians, if not all of us. But what is remarkable is just how widespread loneliness and isolation has become in our community – and how damaging it is to our health and wellbeing.

The impact that loneliness and social isolation can have isn’t limited to mental health. Studies going back at least 30 years highlight loneliness as a predictor for developing illness and early death, but more recent work has also identified it as a direct cause of physical symptoms like chronic inflammation, which is linked to heart disease, arthritis and Type 2 diabetes.

This comes as no surprise to GP Dr Michael Oladiran, who works at IPC Health in Deer Park. He sees the impact of loneliness and isolation on his patients every day, many of whom are older people who are losing touch with family and friends.

“We see a lot of patients with social isolation and social issues, and medically we cannot really set up for that,” Dr Oladiran said. “When that happens, it’s always good to have that social linkage for them, so that their social needs are met, and at the same time we meet their clinical needs as well.” 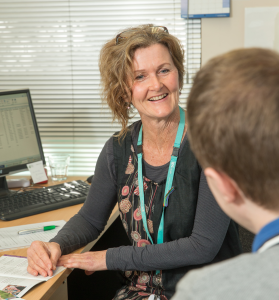 Meeting those social needs is now easier for Dr Oladiran, thanks to to a new ‘social prescribing’ program funded by North Western Melbourne Primary Health Network and being trialled at IPC Health Deer Park. The program funds Wellbeing Coordinator Catherine Cotching, who is able to assess a patient’s social, financial and life-management needs and support them to connect to appropriate services and groups in their community.

Dr Oladiran gave the example of a patient in his mid-50s with poorly controlled diabetes, who was unable to afford his medications.

“His sugars were just up in the roof,” Dr Oladiran said. “I was seeing him as regularly as I could, the diabetic educator was seeing him, it got to a time we were giving him samples [from medical representatives] just to keep this sugar a little low. And that’s as much as we could do.”

Once the patient was referred to the social prescribing program, the Continued Page 7 community coordinator was able to contact his local MP to help process his application for the Disability Support Pension, which meant he could now afford to buy his medication.

“He’s using his medication now and his blood sugars are down. But then his overall mental health and thinking as well is much better. When he came before, he was just bitter about everything. And now when he comes, he’s happy, smiling.”

“I wouldn’t have been able to do that clearly. So that gives me more time to do my clinical work while you have other people doing the social prescription part.”

Dr Oladarin said the success of the program so far is largely due to strong integration between GPs, practice nurses and the wellbeing coordinator, which has helped highlight appropriate patients to refer for social prescribing.

Many of these patients have been identified while doing care plans with a practice nurse, which are available as part of the MBS item for health assessment for people aged 75 years and older. This information can then be passed along to a GP while they are approving the care plan.

“Patients tend to open up more to us nurses, especially when we’re doing the care plans or health assessments, because those questions come up so we can start exploring what’s going on,” Practice Nurse Kylie McLaughlin said.

Like Dr Oladiran, Ms McLaughlin says the program has helped remove a lot of barriers to providing her patients with holistic, socially focused care.

“I was finding before these programs started that we were doing a lot of this work ourselves, which is really time consuming, and really difficult to follow up how they’re going.”

“We might have found that, yes, they are socially isolated, they are lonely at home, have found a program that might suit them and refer them, but never had any follow up of how they are going.”

“But with this program, from what I’ve seen from Catherine she’s following up regularly, sometimes weekly, making phone calls to the patients, and we just didn’t have the scope to do that in our job here.”

While the program is still in its early stages, Ms Cotching has been getting a steady stream of referrals from all three IPC Health sites in Brimbank, including from GPs, counselling services, allied health and nurses.

“Some of the clients have come here because they are just socially isolated and they want to be involved in some sort of social program or group activity,” Ms Cotching said. “Others are needing support with some legal issues, and housing issues and financial issues sometimes.

“The scope of the role is pretty broad, really. But the key element is it’s non-clinical. Anything that is clinical has to be referred back to the health professional and I concentrate on the social aspects of their health.”

A big part of Ms Cotching’s role is simply knowing what programs, services and groups are available in the community and how to access them for her clients.

“A GP probably doesn’t have the time to actually know what’s there. They only consult for 15 minutes or 10 minutes and their focus is on the clinical side of things.”

The program goes far beyond just setting up initial connections, with the time Ms Cotching spends following up on her clients critical to their ongoing social engagement.

“I link them into a service and then actually call them or get them to come in to discuss whether that service is suitable. And if it’s not suitable, then we look at other options.”

Working in the program has reinforced just how much a person’s ability to be healthy is impacted by their personal and social circumstances.

“People will prioritise the essentials and sometimes I think people don’t see their medications as being essential. Paying the rent is essential, because I don’t want to be homeless, having the electricity on is an essential, so sometimes their health gets put aside because they have other high needs that need to be met.”

“There was one chap I saw who had been diagnosed with a brain tumour and had surgery,” Ms Cotching said. “The tumour was benign, but he’s now living with a disability.

“He and his wife were enjoying the retirement life and then all of a sudden that changed and his wife became his carer. She became quite isolated, as well, because she was caring for him at home. She lost all her networks, she stopped going swimming, she stopped doing some of the things she’d been able to do before she was a carer.”

Ms Cotching took both the initial patient and his wife into the program and was able to find an activity that was suitable for the patient, that also gave his wife some respite and space to do the things that were important to her.

“Because he was now linked into a group with care support, she had a whole day to do things for herself, she was able to go back to swimming. So that has had a really direct effect on her physical health.”

Older people and carers are groups that can be more at risk from social isolation and loneliness for a range of reasons related to their practical circumstances and stage of life.

But IPC Health GP Sara Nairn says people need to be aware that anyone, no matter their age or background, can become lonely or socially isolated. Indeed, the recent survey by Swinburne University and the Australian Psychological Society showed people over 65 were less lonely on average than any other age group. 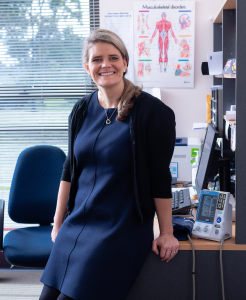 “It is cutting across all groups, including younger patients with complex disabilities or acquired brain injuries and things like that,” Dr Nairn said. “Of the patients being referred the majority are older, but it’s certainly not limited to just older people.”

While social isolation and loneliness are pervasive and growing issues, Dr Nairn says innovative programs like social prescribing and a growing move to a more holistic model of healthcare give her reasons to be optimistic about the future of social health.

“It took me a while to understand exactly what the program was offering because it’s so novel. And I think once we all get our head around what the program is offering, I think we will recognise what an incredible hole it is filling in what we can offer to our patients and their lives.

“It’s just a great, great program and a great idea.”

*names have been changed